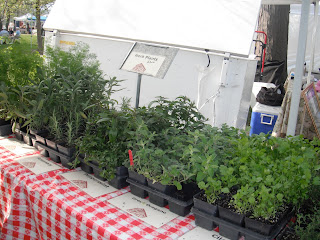 Sad to say, but today was the first time in eight years that I have shopped the Green City Market in Lincoln Park.  Fortunately, I will be righting this wrong by attending every Wednesday morning from now until it fades away in the fall.  My goal:  To fashion a weekly Farmer's Market Cocktail made with provisions purchased on Wednesday and debuting on my list at Henri every Thursday for the low low price of ten dollars.  A bargain since two of my drinks will usually send you on your way. 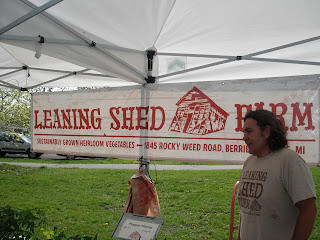 Initial GCM  impression....Nice people, cool, laid back setup and a whole lotta arugula and things in jars and not a whole lot else.  There was a variety of produce but kind of scant.  To be fair this season has been whack.  To quote early 90's east coast sewer rap sensation Das Efx "Whickity Whickity Whack".  All Chicagoans have all noted the lack of spring up to this point.  The Green City farmers are quick to note that too.  Dave Drydek of Leaning Shed farms was selling lots of potted herbs, sprouting tomato plants, and potted peppers for growing at home.  According to Dave local chefs have been asking him when certain produce will be ready and he means no sarcasm when he has to respond..."when they're ready."  Things are just gonna be a little later this year.  Which is not to say that what I saw at the market didn't look great it's just that there wasn't a whole lot of it.  I scooped up some potted sage from Dave (He will have bulk sage later this month) and am already thinking about mixing it with genever as I smell it stinking so good on my desk.  As I mentioned, there wasn't exactly an avalanche of fresh produce at Green City today. 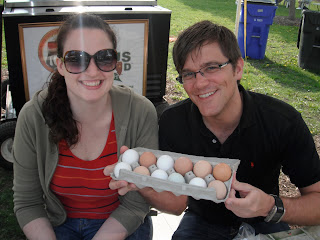 However, I've got to give up to the abundance of farms that I found selling eggs, dairy and meat.  A good friend and former co-worker from my Nightwood days, Candace Cantrell now works for Mint Creek farms and was representing beautiful goat, beef, lamb and eggs today.  I can definitely use these eggs for my cocktails later in the season.  Furthermore, shopping at a market means using what is seasonal.  Bacon is always in season.  Bacon has been done in cocktails many times....so what.  Face it, it works (especially with bourbon) and I imagine I will get around to working with it at some point. 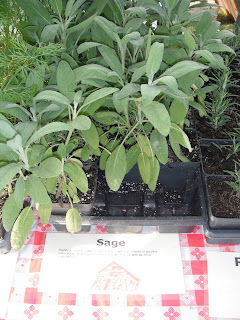 But for now a toast to The Green City Market and to a (hopefully) delicious cocktail with Leaning Shed sage.  And now....I begin my Wednesday bar double.  Cocktail recipe tomorrow.
Posted by Clint Rogers at 8:06 AM